Yesterday there was a Tornado at Albany North shore . It was really noise it sounded like a jet-engine descending and thunderous a tremendous . As it sated to commented with the hot air and then the cold air decided chase the hot air so all the chasing made a tornado and it mad cars and house twist and some House even got riped a part as the tornado came down to the ground . As it hit ed the ground every one stared to panic . The tornado was very terrifying because they had no noticed that the tornado was going to come to were they live . It was very sad . 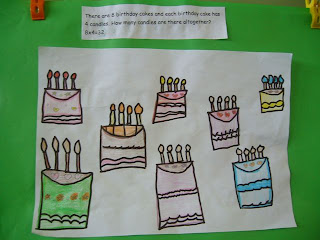 We are learning about what Multiplication is . This Picture tells you what my equation is all about. We wrote a number story to help us understand too.
Hope you like it.

Posted by Lesieli Vala at 1:00 PM No comments:


This is my story about Bike Safety and about me and my family going bike riding .
Posted by Lesieli Vala at 10:35 AM No comments:

As we slipped into the pool i dived like a dolphin. As we came up from the water our eyes were stinging red . As we came out of the pool we blinked away the burn


As we slipped into the pool I dived like a dolphin. Coming up from the water our eyes were stinging red. We blinked away the burn.


Posted by Lesieli Vala at 9:37 AM No comments:

Email ThisBlogThis!Share to TwitterShare to FacebookShare to Pinterest
Labels: 2011 wirting, tearm 2, The Water

Guss what this morning our technology task was learning about making bridge out of triangles . After that Mrs king told us to get in to 4 or 5 groups when we got our team I was in Sela group , Iron , Mary , and Jordenne, and also Thea ‘s group . When we started we started of with squires then i had a idea my idea was to make a line and then make little triangles and then sect it on at the bottom of the line . So what we did was that we took of the squires and stared doing my idea . As it came to middle it me came hard because Mrs king said we had 5 minutes left . But the end the end was the worst bit because we had to put a big huge block on it and who eves bridges that can hold the block wins and the wining group was Gloria’s team
Posted by Lesieli Vala at 10:29 AM No comments:

Guss what ? Last Friday in the morning we started our marbles runs. I was in Latia’s group , Chyna , Wakatere, and Flora, and also Iron‘s group. When we started we started of with some dominoes and a lot of blocks. We stared working on the ground but then it was very hard because the marble kept on going off track did we moved our marble run onto my desk . Then we kept on trying and trying but we kept on falling then at once it Findlay it work as it came to the end it became more excited and then it came to an end . We had finished our marble runs .

Posted by Lesieli Vala at 10:11 AM No comments:

Guess what this Morning room thirteen had to build straw towers .After that Mrs king told us to get in 7 group’s . I was in Sela’s group , Chyna , Mary and Iron , and Jordenne , . We had 75 straw and 1 roll of tap . First we had a plan then we stared as we stared I had an a idea . My idea was to make a squera all the way so that’s what we did . When we stared it was nice and neat then mary came up with anorther idea her idea was for her to make some squers and did add it on to make it more faster . Then i asked if i can help and she said yes so i help her as it came to a end the winnning group was uili . 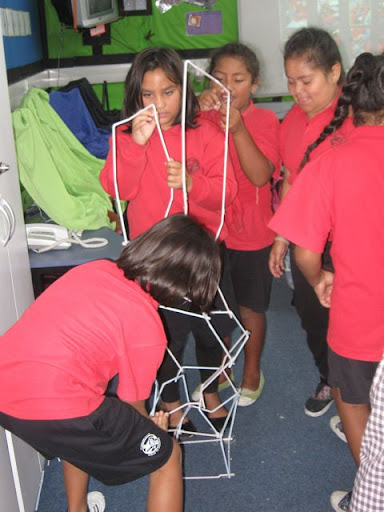 Posted by Lesieli Vala at 12:43 PM No comments: